In one of the most technically ambitious commissions we’ve completed, Anita Fontaine’s immersive augmented reality (AR) experience combined psychedelic visuals, ritualistic choreography and an alternative audio piece onboard Mersey Ferries Thursday 24 – Sunday 27 June, subverting the traditional guided tour into something magical. Against the Liverpool skyline, passengers on board Mersey Ferries encountered a kaleidoscopic world of psychedelic sculptures exploding from land and water as they cruised from terminal to terminal.

They [Abandon Normal Devices] gave me the Mersey Ferry which typically runs as a touristic boat tour and encouraged me to disrupt the conventional format of the tour, then I just ran with it!” says Fontaine. “From the get go, I knew that I wanted to hijack the conventional guided tour into something magical that wove together science fiction, environmental themes and local architecture into a future fairytale – Anita Fontaine in Creative Review

Accompanying Anita’s AR experience and audio piece was a performance led by Movement Director Maria Malone. This fluid and abstract performance drew inspiration from communities both real and fictional who worship earth, animals and nature.

The Blue Violet River playfully envisioned a peaceful future vision of evolved humanity, freed from an unsustainable past and tuned into a new core consciousness of planetary sound frequencies. We invited hundreds of passengers to consider the post-industrial perspective of the River Mersey, playfully warped in this future-forward techno fantasy. 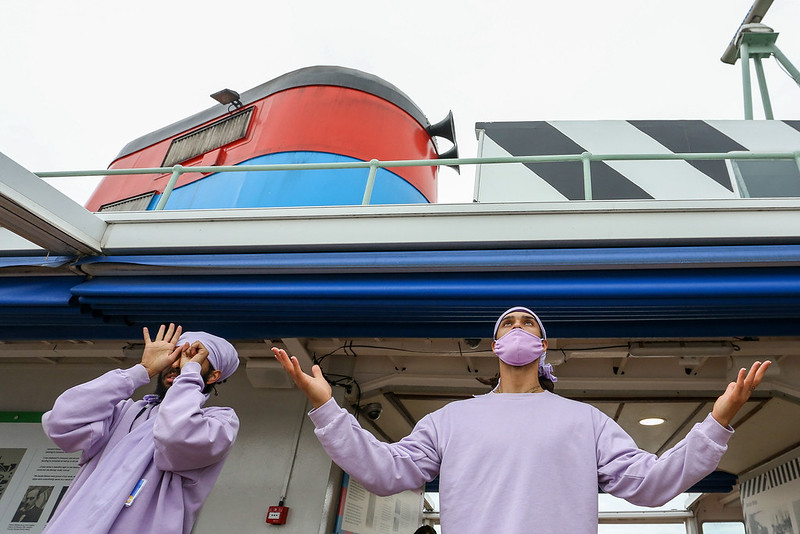