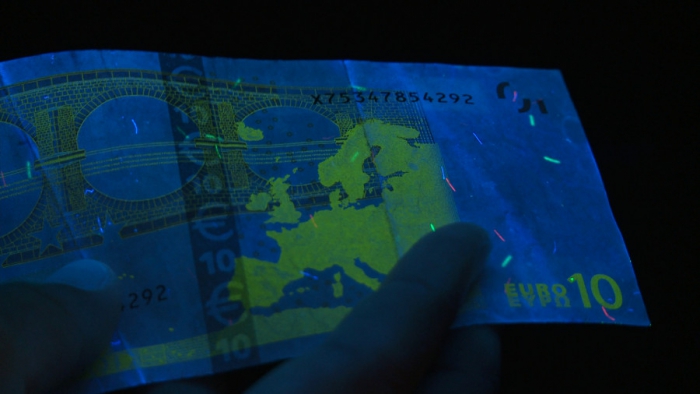 What does the magical spiritism of indigenous peoples have to do with profane digital flat screens, and what connects the traditional shell money Tabu to European currency? Lisa Rave’s Europium (2014) draws connections between Papua New Guinea’s colonial past and the planned excavation of the rare earth element Europium from the Bismarck Sea. Using various levels of imagery, the essay film weaves a narrative around Europium, whose fluorescent qualities are used to validate European banknotes and to ensure the brilliance of colours on flat-screen surfaces. It describes this seemingly mundane fact as a return and repetition of history, pointing to the human and ecological violence inherent in the extraction and transformation of a raw material into monetary value—while also exposing the invisible ghosts of the past as they appear in the modern objects of our lives.

Europium will be showcased on the freeport platform, and at FREEPORT: Terminal MCR, a one week AND take over the University of Salford, MediaCityUK.