AND Salons were a series of talks responding to the work shown at the 2011 festival featuring artists, academics and guests that contributed to the conversations of deception, censorship and fandom.

Reality Management
Author or Mirage Men Mark Pilkington talks about the labrynthine story of deception and paranoia during the cold war and how governments may have encouraged cults and fringe benefits to distract from issues of real importance. He is joined by cultural theorist Mark Fisher, who in his book Capitalist Realism analyses how 21st Century capitalism has managed to absorb and contain all attempts to oppose it. Chaired by Roland Denning (The Belief System).

Censorship
Despite the proliferation of networks and self-publishing mechanisms, censorship is even more complex for society across states, nations and the internet. Steve Kurtz (Critical Art Ensemble) and Egyptian curator Shady Elnoshokaty draw on their own experiences of censorship to talk about the importance of freedom of speech and the role artists can have on challenging the state’s monopoly on knowledge.

Simian Safari
What is it that makes us human? Does trying to understand other intelligent species such as chimpanzees or dolphins tell us something about ourselves, our belief that we are somehow unique? In this salon and bus tour of Knowsley Safari Park we explored interspecies communication and whether we can break free of what John Berger called the “loneliness of man as a species”. Hosted by Rob La Frenais with Rachel Mayeri  the video artist behind Primate Cinema: Apes as Family and comparative psychologist Sarah-Jane Vick.

Fantacism
Where once we offered chants and sticker books up at the alter of our favourite teams, nowadays fantacism is big business. From corporate clubs to TV sports deals and merchandising megastores, this salon looks at what it means to be a fan in the 21st Century. The panel included John O’Shea (Pigs Bladder Football) and James McKenna of Spirit of Shankly, a Liverpool supporter’s union that since its inception in 2008 has tried to close the gap between supporter and club. Chaired by Professor Andy Miah. 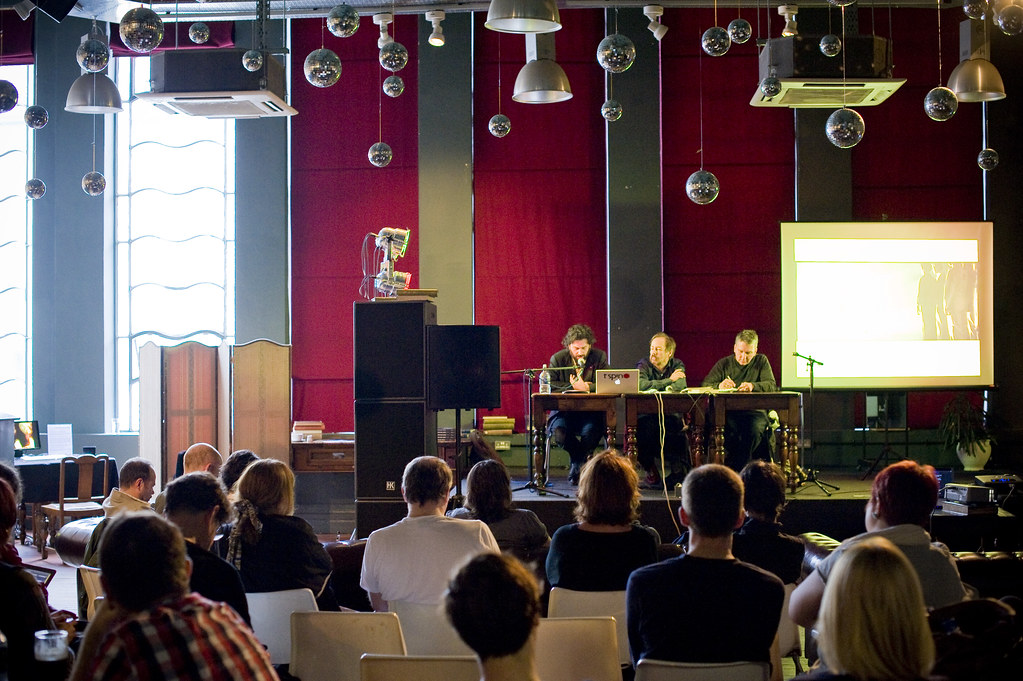