At nightfall, visitors to Preston were bathed in fake moonlight.

Fake Moon was a perplexing apparition in the night sky of an English landscape. In its first manifestation at the Big Chill music festival, it slowly rose behind the branches of the tree-lined horizon, an intense, diffuse ball of light that illuminated the sky, casting long shadows across the grass. At first, the apparition seems to be a familiar planet, but its movement through the sky seems halting – the planet wobbling and jolting along its path.

Although the light was as bright, if not brighter, than the real moon it became clear that a rather deficient subterfuge is in process. The light, in fact, emanated from powerful film-making lights housed in a 3m diameter helium balloon. Over the course of 3 hours the apparition gradually moved through the sky – the carefully mapped out path mimicking the arc of a true celestial body as it moves across the heavens. 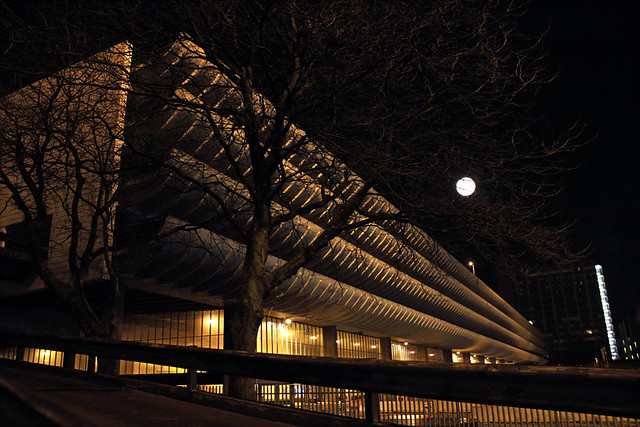 Simon Faithful: Artists Talk
Sat 27 March
AND invited audiences to join us for this fascinating insight from the artist himself as he took us through the process of documenting his intriguing journeys.