The Hive \\ Full of Noises Festival

After premiering at AND Festival 2017, The Hive carried on its UK tour, and joined Full of Noises (FON) Festival in August 2018.

Resembling a suspended organic hive structure, The Hive is a larger-than-life resonator, with vibrating chimes for visitors to interact with, creating new compositions. This bespoke, sculptural musical instrument is made from parts of Gamelan bars, a form of percussive Indonesian music using gongs and xylophone-type instruments. The Hive was originally created in response the natural sounds found in Peak Cavern, Castleton – as part of Abandon Normal Devices Festival 2017. 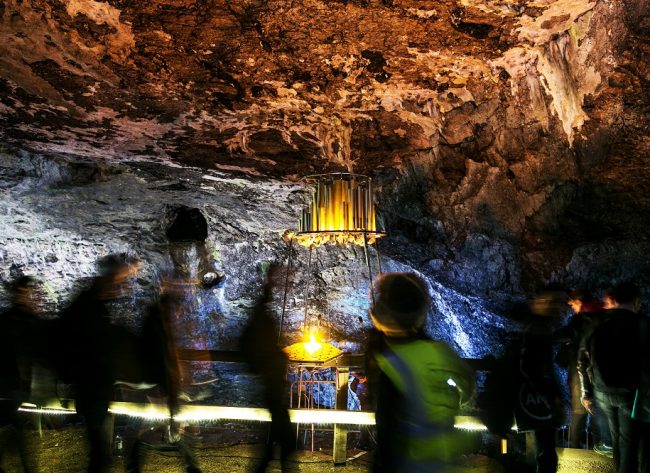 The Hive was originally part of Listening to the Dark strand at AND Festival 2017.