In the Eyes of the Animal \ Marshmallow Laser Feast

The work, by creative collective Marshmallow Laser Feast (MLF), is an artistic interpretation of the sensory perspectives of three species which inhabit British forests. Created using Lidar scans, unmanned aerial vehicles (UAVs) / drones and bespoke 360° cameras, the film is accompanied by a binaural soundscape, using audio recordings sourced from Grizedale Forest (UK). The resulting 360°, immersive experience enables audiences to traverse the animated, real-world, landscape, and ‘see’ through the eyes of these different species, on a journey through the food chain. The original live installation of the work manifests as a series of sculptural VR (Oculus Rift) headsets installed amongst the trees within a secluded area of a forest. Since its launch in September 2015 the work has toured around the world – being presented in a similar format at events in the UK, such as Hamsterley Forest and the inaugural Bluedot Festival, and also at international festivals and art centres including, Sundance Film Festival (US), Sonar +D (ES), Yamaguchi Center for Arts and Media (J) and more. The work has been nominated for a number of industry awards, and in late 2016 won the Wired Innovation Award for ‘Innovation in Experience Design’. In addition to this live installation, a number of other, new presentations have developed throughout the 2016 tour, including as part of Ron Arad’s Curtain Call at the Roundhouse in London (UK). The project has also been developed for online audiences – including for Google Cardboard, as presented in 2016 at the British Science Festival and as part of the V&A Late’s programme. The project will become available through a bespoke website for browser experience in early 2016, here, enabling many more audiences to access this award-winning experience.

Find out more about how the project develop, and see documentation from the live installations, in this Behind the Scenes video: 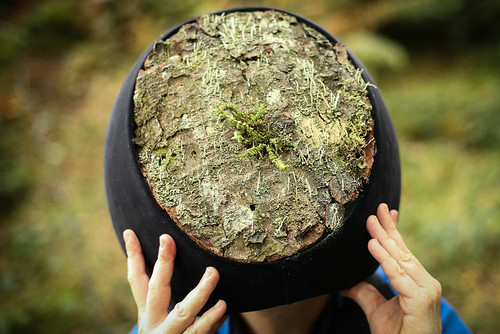 Marshmallow Laser Feast (MLF) is a creative studio exploring the line between virtual and real-world experiences. Headed by Robin McNicholas and Barney Steel, their interests are routed in creating people-centred, live interactive work. They have flawlessly conceived, designed and delivered highly aesthetic and evocative showstoppers in collaboration with many brands, musicians, advertising agencies, event organisers and art institutions. Their work for U2’s ‘Invisible’ Super Bowl promo and the Saatchi & Saatchi New Directors’ Showcase has brought a plethora of digital art experiences to the live environment. MLF recently joined forces with Chris Milk’s VRSE.works to explore the new world of virtual reality. They are currently developing a broad range of VR experiences.