Inspired by a trade fair scene in the 1974 Francis Ford Coppola film “The Conversation” and your local jumble sale, Interface Amnesty played with the conventions of interface design, music technology products and the presentation of interactive art.

There is an emerging & developing sector and a growing scene of artists, hobbyists and makers in the UK experimenting with electronics and DIY interaction design often beyond multimedia & music academia and crossing over into sound art, new music and the moving image. This was an opportunity for sharing between artists, musicians and the public with live music, food stalls and that elusive country fair feeling.

Interface Amnesty also toured to Blackburn during AND Festival 2010 (Spring). 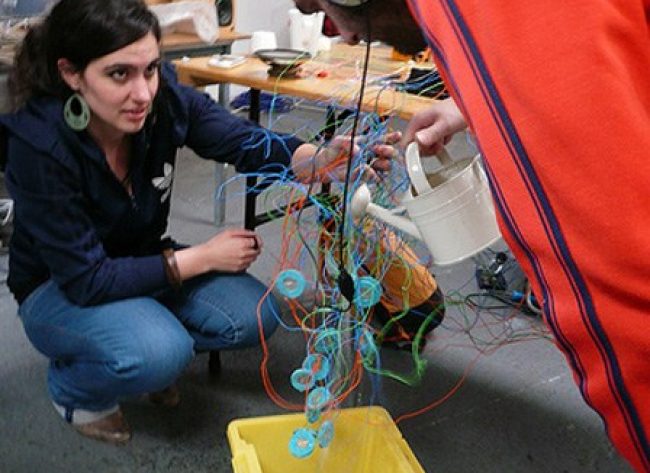