Both the title of a video and the nickname of its Teutonic protagonist, Technoviking became a Youtube hit in 2007, accumulating tens of millions of views across the original upload and the countless reposts, remixes, take-offs and fan films that followed.

During AND 2012, Bilal recreated Technoviking as an airfilled avatar that inflated and deflated according to how well it was trending on Twitter.

Latest in a line of controversial, internationally known line of online, performative and interactive works by Iraqi-American Bilal, Meme Junkyard: Technoviking asked what it means to ‘go viral’ and, be it a cat playing piano or David After Dentist, what becomes of an overnight YouTube sensation months or years after the fact. 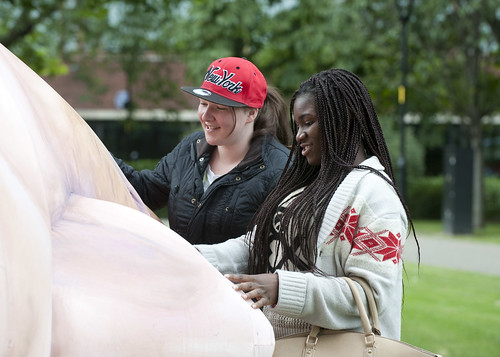