Improv Everywhere are experienced at causing scenes of chaos and joy in public places and with their help we reclaimed the Blackburn streets in a flashmob spectacle.

Over the past 15 years, they have staged over 150 projects involving tens of thousands of undercover performers. Highlights include making time stop at Grand Central Terminal, giving Best Buy 100 extra employees, and letting random strangers conduct a world class orchestra in the middle of Manhattan. 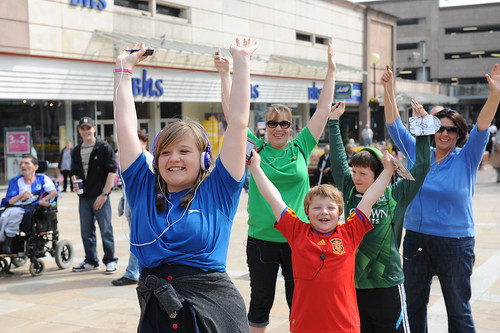