In 2013 AND partnered with the Live Art Development Agency (LADA) to present Our Bodies Our Selfies: Reclaiming Overshare for Its Revolutionary Potential, a three-day experimental group workshop by Jesse Darling during the AND Festival in Liverpool.

Everyone’s a performance artist on social media. It’s not just what you share, it’s how you share it: you’re the art director of your own life, and the critical distance you assume in deciding what will make the cut can be a mechanism of survival or it can be a source of anxiety.

This workshop attempted to help partipants take control of their bodies and their selfies in an age of identity production. Questioning whether this meant sharing less? Sharing more? Sharing differently?

During the workshop they looked at examples in art and performance history that utilize these practices and in comparison to their own. Thinking about the socio-economic context of the platforms we use to propagate our work and our selfhood online (Facebook et al). Looking at how to align (or distance) our offline selves to our Facebook/Twitter/Tumblr profiles. Through the combined processes of trial and error, show and tell – and stand and deliver – participants attempted to get post-virtual together. 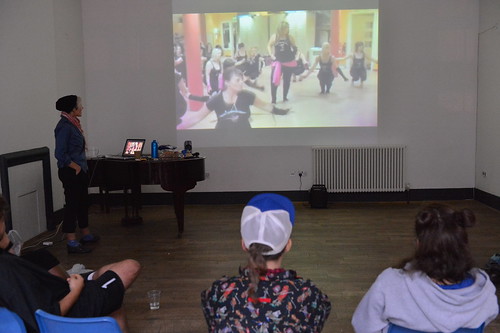 DIY workshop is supported by the Live Art Development Agency.

Jesse Darling is an artist and occasional essayist based in London. S/he comes from a background in performance and now works in participatory sculpture, installation and digital media, thinking a lot about analogs to the body in virtuality and the theatrical object of “queer materiality”. Darling teaches neutral mask technique and has led similar workshops at Bold Tendencies in Peckham and at Fierce Festival (with Lucky PDF’s School of Global Art). Upcoming projects include two large-scale participatory installations, The Singularity I and The Singularity II, as part of an 18-month program of body-based art at the Arnolfini, and a curated series of Performance for Gif on Rhizome.com. Darling prefers contingency, immediacy and gesture over authority, engineering and form, but likes it all OK.