From November 2011 O’Shea was artist in residence at the University of Liverpool’s Clinical Engineering Unit where he collaborated with Professor John Hunt and Theun Van Veen to develop bespoke protocols for harvesting animal tissue. Through biological experimentation, rapid prototyping and an iterative design process, this work has been an exercise of precise tissue engineering.

The final ball, which was produced by replicating the same techniques used to create artificial human organs, encourages us to consider the that role life sciences will have in our daily lives both today and in the future. It also references the colliding worlds of human enhancement, the bio-technology industry and the global capitalisation of sport, which have become highly contested areas. How will changing the material properties of the ball affect the rules of our beautiful game? 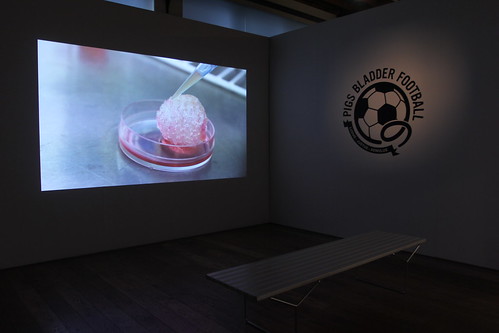 Pigs Bladder Football culminated in an exhibition at CUBE Gallery and a public debate at the National Football Museum during AND 2012.

The work was funded by the Wellcome Trust and has been awarded the London 2012 Inspire Mark. The work has been produced in close collaboration with the University of Liverpool Clinical Engineering Unit. 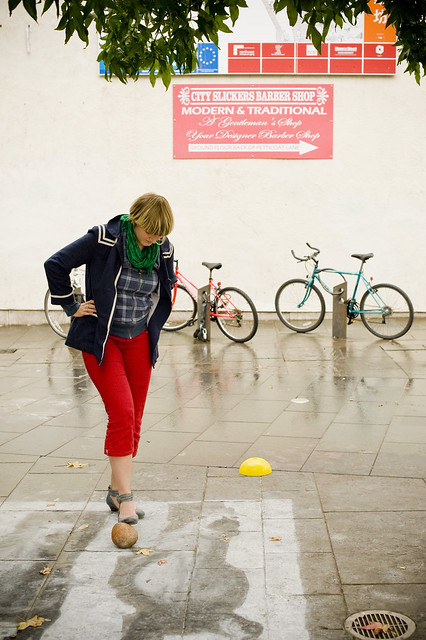