**PLEASE NOTE: Advanced tickets are sold out. There will be more tickets at the door on the evening of the show.**

Join us in the post apocalyptic wasteland for a night of gasoline guzzlers and bicycle shenanigans.

The second part of George Miller’s trilogy has become a turbo charged cult myth. In the Australian wasteland, cyncial drifter Max (Mel Gibson) rediscovers a sliver of his shattered humanity, when he helps an embattled colony of pioneers fight off bandits who are after that most precious of commodities: ‘guzzline’. With its final stirring images, Road Warrior transcends its genre (whatever that may be: science fiction? Road movie? Western?) to become something timeless. 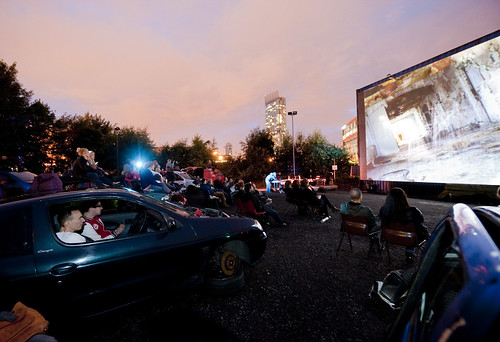