The Hive \\ Into the Great Wide Open (NL)

The Hive was presented at Into The Great Wide Open, NL; a multi-day, pop-cultural festival on De Wadden with music, visual arts, literature and film.

Resembling a suspended organic hive structure, The Hive is a sculptural instrument made from parts of Gamelan bars (a form of percussive Indonesian music using gongs and xylophones), with concept by Indonesian artists Ikbal Lubys and Tony Maryana.

Originally commissioned for AND Festival 2017, The Hive was created in response to the natural sounds found in Peak Cavern, Castleton. Following its premiere in the UK, previous AND collaborator Laurie Crombie and Charlie Pethica from The Kazimier have continued The Hive’s development by designing and building a mechanical MIDI core that controls the instruments output. Using simple compositions installed within the structure, the second iteration of The Hive gives the public a chance to control the speed and sequences through a number of interactive layers. Since 2017, it has travelled across the UK, and was presented in Indonesia in 2018 as part of The Other Festival as part of UK/ID.

The Hive was originally part of Listening to the Dark strand at AND Festival 2017. 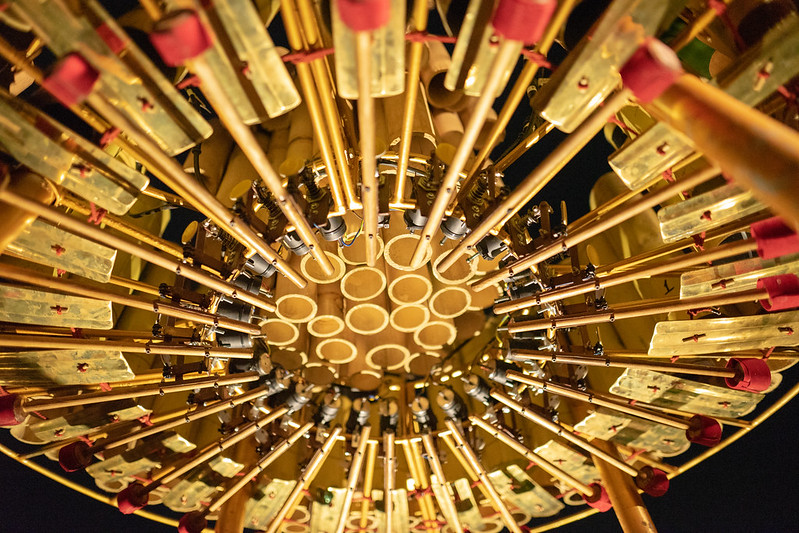