Commissioned in 2011 Transparent Cities was a conceptual project by Paulo Cirio concerning contemporary surveillance technologies and their related social implications. An inverse surveillance project, it aimed to balance our asymmetrical relationship with surveillance and expose the lack of transparency in contemporary societies.

The media interventions were an installation of unauthorized CCTV cameras in Liverpool’s city centre, which automatically took pictures of public officials and published them across social media as part of a participative surveillance.

The Transparent Cities program used participative control over the controllers in order to re-democratise surveillance technology. CCTV cameras, for example, are used in conjunction with personal devices and social media tagging functionality to give citizens the chance to participate in the process of controlling their cities.

Cirio believes informational asymmetry must fall apart in a participative way. Active citizens should be directly informed about the activities of politicians, police and army officers, journalists, and any profession concerned with public affairs. Transparency empowers citizens by increasing access to and hence democratically controlling the management of society. “The point of open information is not merely to expose the world but to change it” through accountability that can be enabled only by providing full access to data. Equality is the basis of democracy. It requires knowledge of the activities of citizens, which proves again that the arrangement of information plays a major role in designing our society.

Paulo Cirio talked about how networked media can be a powerful tool for ‘watching the watchmen’. Find out the meaning if sousveillance and how society ha come to resemble a ‘panopticon’, a kind of prison where we the inmates are under scrutiny at all times. 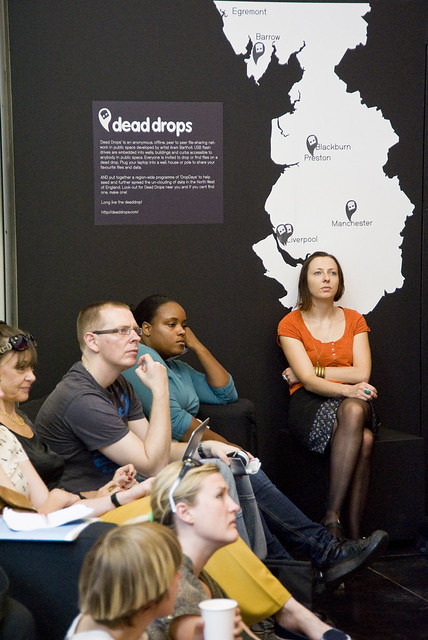