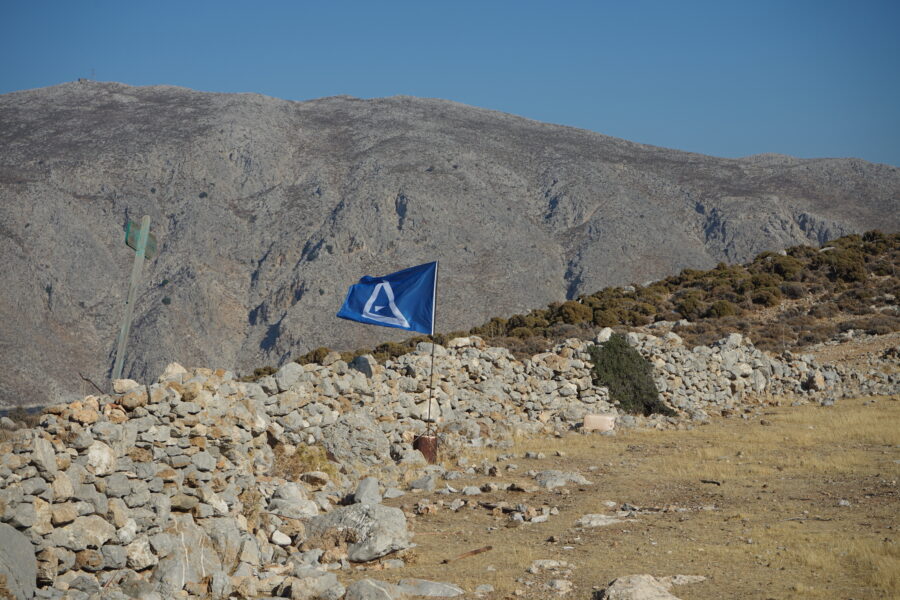 Why is the Aegean the perfect territory for a decentralised future? What connects dwarf elephants (elephas tiliensis), obsidian (naturally forming volcanic glass) and fragmented Cycladic idols to distributed networks and geographies? And how was a time capsule containing collative narratives about possible future of the Aegean initiated on the tiny Island of Tilos?

Networks have been present in the Aegean archipelagos unique topography since prehistoric times. Formed on the cluster of six thousand islands in between Greece and Turkey, as a consequence of distribution of people, goods, ceremonial objects and weaponry, these networks were crucial for surviving on fragmented land surrounded by Mediterranean Sea.

Using the Aegean archipelago as a model for a decentralized future, Kyriaki Goni explores connections between the Aegean’s dense networks and technologies such as IFPS. Networks of Trust will build a collective narrative working with island residents, challenging centralization of infrastructure, information and governance by activating users’ devices and the islands’ landscapes. User-generated content will be hosted on a nodes, serving simultaneously as a common time-capsule, and gateway to the future.

Networks of Trust has been commissioned by The New Networked Normal and will be showcased on the freeport platform, and at FREEPORT: Terminal MCR, a one week AND take over the University of Salford, MediaCityUK.

Book tickets to the accompanying talk Terminologies for Networks of Trust as part of the FREEPORT: Critical series on Fri 15 February 2018.