Does Spring Hide Its Joy was an immersive audio experience by American composer Kali Malone featuring musicians Stephen O’Malley and Lucy Railton. Manifesting as a 4-day multichannel sound installation, Malone offered a deep listening environment in a hydraulic tower and engine house in Birkenhead Docks. Does Spring Hide Its Joy was created and recorded in the empty Berlin Funkhaus & Monom during the lockdown of spring 2020. The music is a study in long-form, non-linear durational composition, with a heightened focus on septimal just intonation and beat interference patterns.

Originally designed by engineer Jesse Hartley, and built in 1868, the Hydraulic Tower, Birkenhead is based on the Palazzo Vecchio, a renaissance cavern in Florence, Italy. Bombed during World War II, the iconic nineteenth-century Grade II listed building has been left unused for decades. In this empty chamber of industrial energy, Malone’s durational composition breathed and bellowed through porous brick walls, reverberating toward the surface of dockland waters. Visitors were invited into the main hall of the building to listen, walk, sit, and be immersed in the vibrations of the durational audio installation.

A specially commissioned Super 8mm film experimental portrait of the installation by filmmaker Célia Hay, co-directed by Sweat Mother was available to watch during the weekend 1 – 4 July 2021. This lyrical film captured the movement of natural forces: wind, fire, water, animals as they pass through and overcome a man-made skeleton of industry. 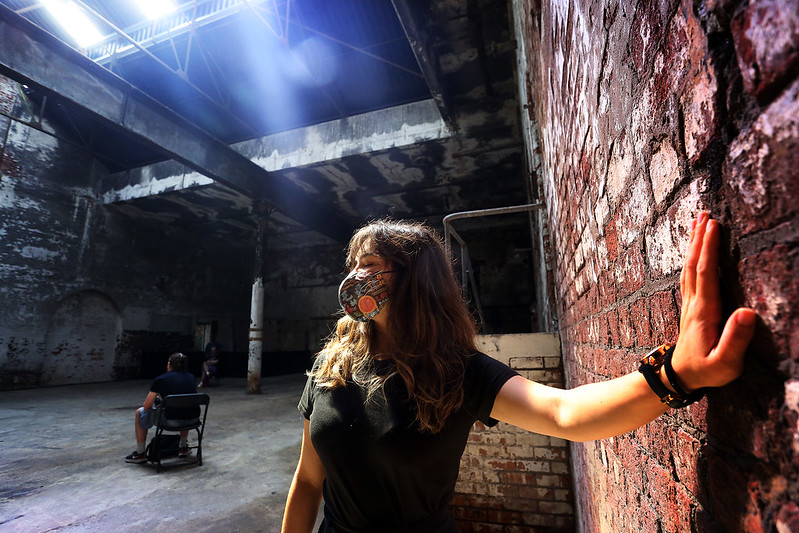