Marking the centenary of her birth, we honoured the work of Golden Age actress, inventor and Austro-American Hedy Lamarr. A beautiful, celebrated and sometimes controversial figure, she starred in numerous films with Spencer Tracy, James Stewart and Groucho Marx.

Her most important legacy though is still relatively unspoken of. She and friend George Antheil invented an early technique for spread spectrum communications and frequency hopping that became a constituent part of GPS, Wi-Fi and Bluetooth. Without Hedy Lamarr, we would not have these technologies.

This live cinema event was set in Liverpool Anglican Cathedral’s ornate Lady Chapel, a space dedicated to women, where we screened one of her early films Experiment Perilous (PG), directed by Jacques Tourneur, together with short films and live music by Video Jam.

The Films & Bands
These are the short films that were screened alongside Experiment Perilous, accompanied by live soundtracks performed by a selection of excellent local talent (Ex-Easter Island Head, Horrid, Letters to Fiesta, Jonathan Herring) and exploring themes such as innovation, technology and the private experiences of women: 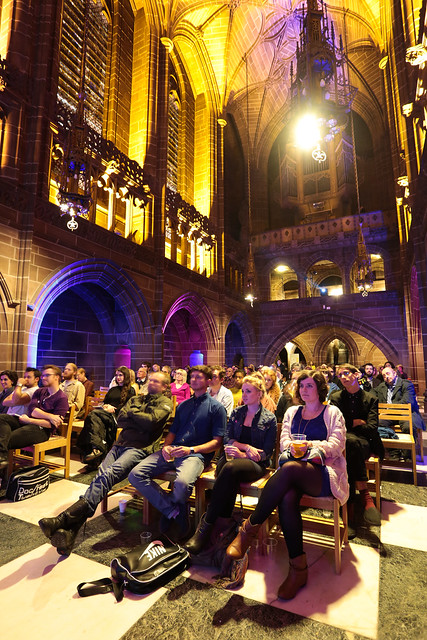