Within the first season that comprises of eight short films, Rossellini enacts the mating rituals of various insects and other animals (including the dragonfly, spider, bee, praying mantis, earthworm, snail and housefly) with cardboard cut-outs and foam-rubber sculptures. Season two is then devoted to marine life, with season three focusing on ocean life threatened by commercial fishing.

Isabella Fiorella Elettra Giovanna Rossellini (born 18 June 1952) is an Italian-American actress, filmmaker, author, philanthropist, and model. The daughter of Swedish actress Ingrid Bergman and Italian neorealist film director Roberto Rossellini, she is noted for her successful tenure as a Lancôme model, and for her roles in films such as Blue Velvet (1986) and Death Becomes Her (1992). Rossellini also received a Golden Globe Award nomination for her performance in Crime of the Century (1996). 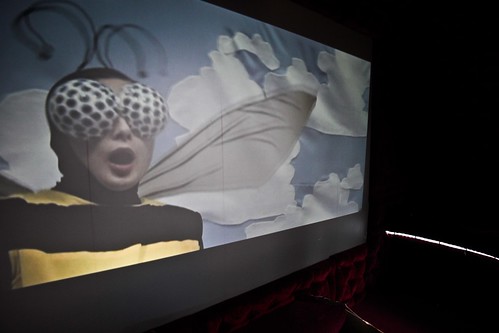