Heavy Metal Detector was a cross-between a walk, workshop and performance, that was specially commissioned for scanning the surface of the historic site of Castleton. Described by the artist as a relational public art project that sits somewhere between metal music and sites of historic importance, this feat of geomancy gave members of the public the opportunity to become metal-detectors for the day, with a twist.

Using customised metal detectors that have been hacked to play pre-recorded Heavy Metal music the artist led a number of tours responding to the site of Castleton for the duration of the AND Festival. Every time a piece of metal is located under the ground a selection of locally-sourced hard rock and metal songs would play through their headphones. The work asks audiences to navigate between rethinking their relationship to history, often communicated as something that is abstract and linear, and sub-cultures which are often experienced through social rituals and sound. Through the act of listening, detecting metal became a way to connect these two often, disparate worlds. 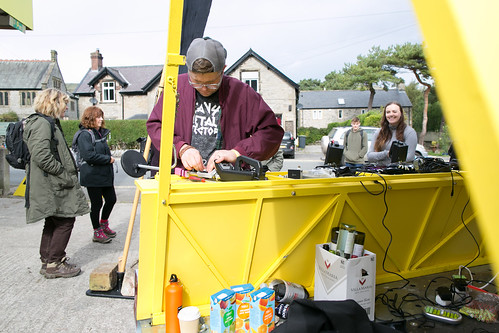 Heavy Metal Detector also operated as a new platform for disseminating music. Local bands were contacted and invited to share a piece from their existing catalogue to be heard as part of a compilation lasting 45 minutes which is listened to sporadically throughout the tour. This new distribution channel will connect the musicians with audiences, who most likely would never normally get to experience their music otherwise. 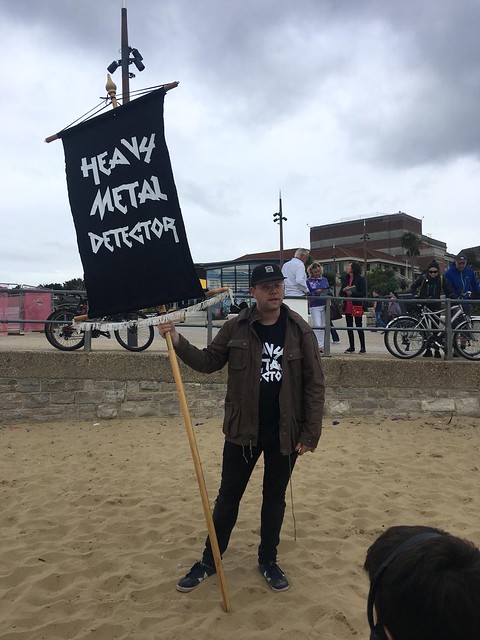 Heavy Metal Detector was delivered in partnership with Site Gallery’s Society of Explorers, funded by the Paul Hamlyn Foundation.