Flight wasn’t just explored through drones and UAV’s at Grizedale Forest, but through Space aircraft too. Officially the Space Race has arrived in Cumbria and visitors to the festival were able to make their very own airplane outdoors as part of the Origami Space Race.

The project developed from a challenge made to the Japanese Scientist Shinji Suzuki from the University of Tokyo, in 2009  who was the first to launch an origami prototype airplane from International Space Station.Since the Origami Space Airplane’s launch the Space Race has heightened and at Grizedale, the competition began again when we competed for the the best origami space airplane with the final goal of initiating the open source space programme! 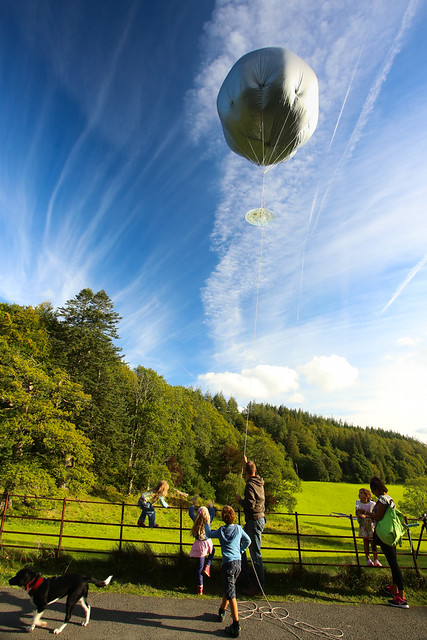 The presentation of Origami Space Race at AND Festival 2015 is a co-production with Aksioma (SI) and  was realized in the framework of Masters & Servers, a joint project by Aksioma (SI), Drugo more (HR), Abandon Normal Devices (UK), Link Art Center (IT) and d-i-n-a / The Influencers (ES).

This project was funded with support from the European Commission. This communication  reflects the views only of the author, and the Commission cannot be held responsible for any use which may be made of the information contained therein.