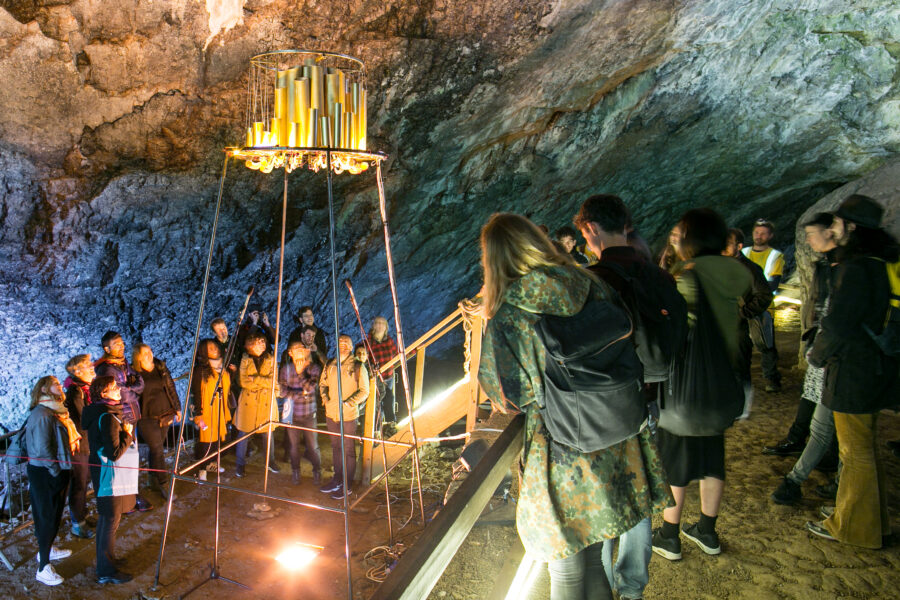 Resembling a suspended organic hive structure, The Hive is a larger-than-life resonator, with vibrating chimes for visitors to interact with, creating new compositions. This bespoke, sculptural musical instrument is made from parts of Gamelan bars, a form of percussive Indonesian music using gongs and xylophone-type instruments. The Hive was originally created in response the natural sounds found in Peak Cavern, Castleton – as part of Abandon Normal Devices Festival 2017.It has toured to be part of bluedot festival and The Other Festival in Indonesia in 2018.

Artist, Musician, Guitar Explorer, Improviser and Sound Artist Ikbal Lubys is based in the Special Region of Yogyakarta, the centre for arts in Indonesia. In addition to his academic study of classical music and classical guitar, he is active in several art and experimental music communities.

Recording Artist, Composer, Electronic Musician, Percussionist and Musicologist, Tony Maryana, is based in the Special Region of Yogyakarta, the centre for arts in Indonesia. Graduating from the Indonesian Institute of the Arts he has worked on several sound installations and performances with musicians from across the globe.

If you’d like to know more about how you can hire The Hive, please contact our Programme Producer Louise Hargreaves on louise@andfestival.org.uk