Learning to see: A conversation with Addie Wagenknecht on COSMOS 2018 - Abandon Normal Devices

Learning to see: A conversation with Addie Wagenknecht on COSMOS 2018

After the announcement of Hidden in Plain Sight – an audio-visual projection created for COSMOS 2018, we talked to artist Addie Wagenknecht about what inspired the themes behind the work.

1. What draws you to the notion of working with the idea of deep space

I see a lot of parallels between deep space and the internet. We can choose to look at the sky/our screens or choose to see both as part of the larger environment. Similarly, infrastructure is designed to be hidden in plain sight. For the piece, I wanted show the telescope in this context. Seeing is mostly about developing a mindset for seeing. The information is present but not retain-able. People learning how to see is the precursor, allows for complex data to shed meaning, and leads to discovery. There is a vastness to both space and the internet/data which I find fascinating. There is a depth and complexity in which we as a society are just beginning to grasp and discover.

2. What have been the most prominent themes occurring during the research period of COSMOS and how are you using them in the commission?

I really felt there was a fun but sharp and intense learning curve in order to understand what the researchers are working on and looking into. I see a few overlapping themes after my time with them- the discovery of stars, the interconnection of observatories working around the world together in the name of space and the implications of machine learning in future discoveries. Much like the internet, there exist a sort of placelessness to space which I find very poetic. 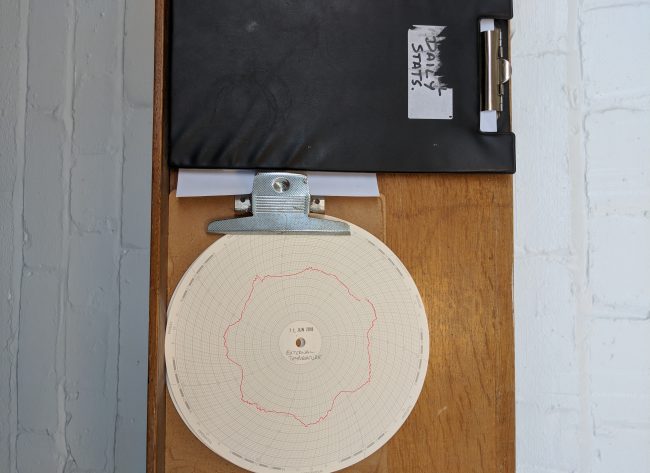 3. What has been the most interesting aspect of the data you’ve been working with?

I find the modeling and extrapolating of various patterns that occur in deep space data to be fascinating. This became a key element of the piece. The deep space patterns of things like pulsars are manifested in two ways for the installation: One is a direct translation of radio astronomy data into an overt pattern of differently sized cells which visually will appear as geometric forms. It’s a direct confrontation with the nature of the telescope as a data hub and the visual processing of that data. The other is a smooth and subdued pattern of movement of these cells of data. Latter changes over time as it alternates in kind and intensity. These subtle patterns are on the threshold of perception and are intended to tease out the inquisitive mind of the viewer. They are based on three astronomy concepts like Signal creation (gravitational N-body interaction of galactic bodies), signal travel – the distortions of gaseous vector fields and the observation or rather a drifting. The observer is not stationary and part of the observation is knowing your own situation. Historically this is what caused much confusion. Nowadays this drift is well understood and mathematically accounted for in observation studies. 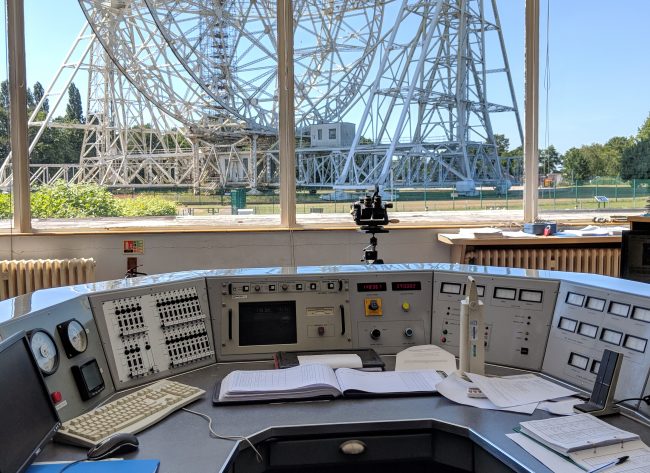 During bluedot festival the Lovell Telescope will be receiving radio signals from deep space whilst pointed at the zenith, directly overhead. Wagenknecht’s new artwork will be projected directly onto the structure of the telescope.

LiDAR* scans of the Lovell Telescope used in the production of COSMOS are provided by Arup.