Ì̧nt͜͡e͘͡rf҉̶e̛̕̕r̵̛e̡ǹc̀̕e by Julie Freeman is a virtual reality experience where the infinite endeavour of space exploration is revealed in an abstract data-informed world of celestial interference.

Interfering can be thought of as an unwelcome act – a network dropping out, white noise on screens, a notification amid silence – but at Jodrell Bank Observatory astrophysical interference can be invaluable. When combining data from multiple radio telescopes, astrophysicists use wave interference models to reveal useful data patterns, uncovering astral phenomena such as pulsars.

Become a deep-space pulsar-hunter in In̛te҉r̛f̢e̕r̸ence͏ we invite audiences to seek out dying, spinning stars. Look and listen for clues, pursue the periodic pulses, then step forward and immerse yourself in each pulsar. Your presence in this intricate 3D pulsar labyrinth will disrupt matter as the fabric of time and space shifts around you – a new set of rules, a new datascape.

Using algorithmic techniques inspired by astrophysics wave interference patterns, I̶n̛t͘e͟rf̕e̢ren̵ce transports you to a highly visual and sonic landscape where the interchange between deep space data and discovery exists.

Į̷̡n҉t̸͢͞èr̢f̛ȩ̷͜r̛é̀nçe is a location-based Virtual Reality Experience built for HTC Vive Pro. A proof of concept for I̶n̛t͘e͟rf̕e̢ren̵ce was premiered at Bluedot Festival 19 – 21 July 2019.

COSMOS is a flagship international artists commission and residency for the Lovell Telescope. Produced by Abandon Normal Devices, commissioned by Jodrell Bank Observatory, Abandon Normal Devices and Cheshire East Council as part of SHIFT. Supported by University of Manchester, bluedot, Arup, Kuva, with public funds from Arts Council England (ACE) and CreativeXR, a joint collaboration between Digital Catapult and ACE.

Julie Freeman translates data from natural sources into kinetic sculptures, physical objects, images, sound compositions and animations. Her work explores the relationship between science and the living world; questioning the use of technology in how we translate and perceive nature.

Over the past 15 years, her work has been shown at leading institutions including; the V&A, London’s Institute of Contemporary Art, Barbican Centre, and the Science Museum, as well as internationally. Julie has won awards from the Wellcome Trust, Arts Council, and a fellowship from Nesta. She is a TED senior fellow, and a visiting researcher at Queen Mary University of London. She is curatorial director of Fine Acts, and co-directs the Open Data Institute’s art programme ‘Data as Culture’.

If you’d like to know more about how you can hire Ì̧nt͜͡e͘͡rf҉̶e̛̕̕r̵̛e̡ǹc̀̕e, please contact our Programme Producer Lou Hargeaves on louise@andfestival.org.uk

“So great to have a totally new sensory experience from a scientific source, a different way to appreciate science.” Audience feedback from Bluedot Festival 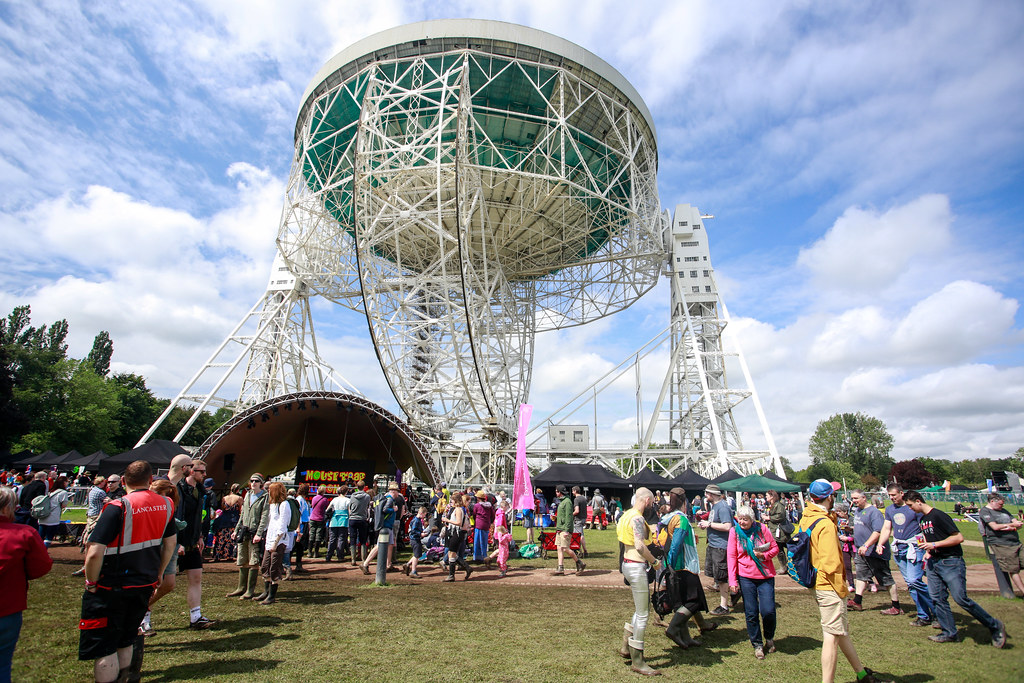